An Open Letter for a Private Life

I hit him. Really hard, again and again. And so what? He deserved it, and even if he didn’t, I didn’t either and yet everyone at the office forgot what we all know--what would’ve happened if I didn’t knock him out.

It started earlier that day, but then again, it really started weeks ago when he opted into the GSIA (Google Secure Identification Account) program. That part isn’t his fault, though. More and more people are becoming nonys. Lots of people are doing it; it just makes sense financially. For me, I could use the money but I’d never debase myself like that. The droughts are hard enough on my bank account with the price of water these days, I don’t need the government taking away more of me.

But I suppose that’s why the GSA Bill (Google Security for All, or as some of the more astute and free-minded individuals like myself call the Get Suckered Act) was put into law in the first place. Some people aren’t as strong-willed as yours truly. Need money? Sure you do, unless you’re a billionaire. Or you make artisanally crafted sconces for the billionaires. Or you monitor their blood sugar and IV drips. Need safety? Need water? Need to talk to someone? I mean really talk? Well, with that last one I’m sure you could use a VPN and try chatting that way through some chat forum, but... Oh, I forgot, they made those illegal with the Identi-data Protection (Collection) Bill. Whatever, you get the idea. All of these things would be real nice, but the world isn’t nice anymore.

Anyway, where was I? I’m gonna call this one Nony1, because he was the first nony in our office. I don’t know exactly why he did it--I heard that he just found out his wife was pregnant with what would be his third kid, but I also heard he was a relapsing alcoholic. Kids are pricey, and so is booze. Whatever the case, he was loud, irritable, and desperate. I was worried about this one; he looked like the perfect victim for GSIA recruitment and I was right.

His disruption of our work environment, the specifics of which I cannot and will not disclose, didn’t stop once he turned nony, however. Once he turned it was at best like nothing had changed and at worst like a bounty was put on his head and he was hysterically trying to pay it with GSIA referral advertising. I was lucky enough to be in a workplace without the evil tendrils of the Google-ment barging in for so long that I had become naive enough to think it may not happen to me. Or to the company, rather. But then weak old Nony1 gave his full real name to the feds, along with everything else that he had. That he was.

“What’s in a name”, anyway? A lot, at least when you give it away. With one registration, they’ve got your phone, your computer, your browsing history, your location.

They don’t need much 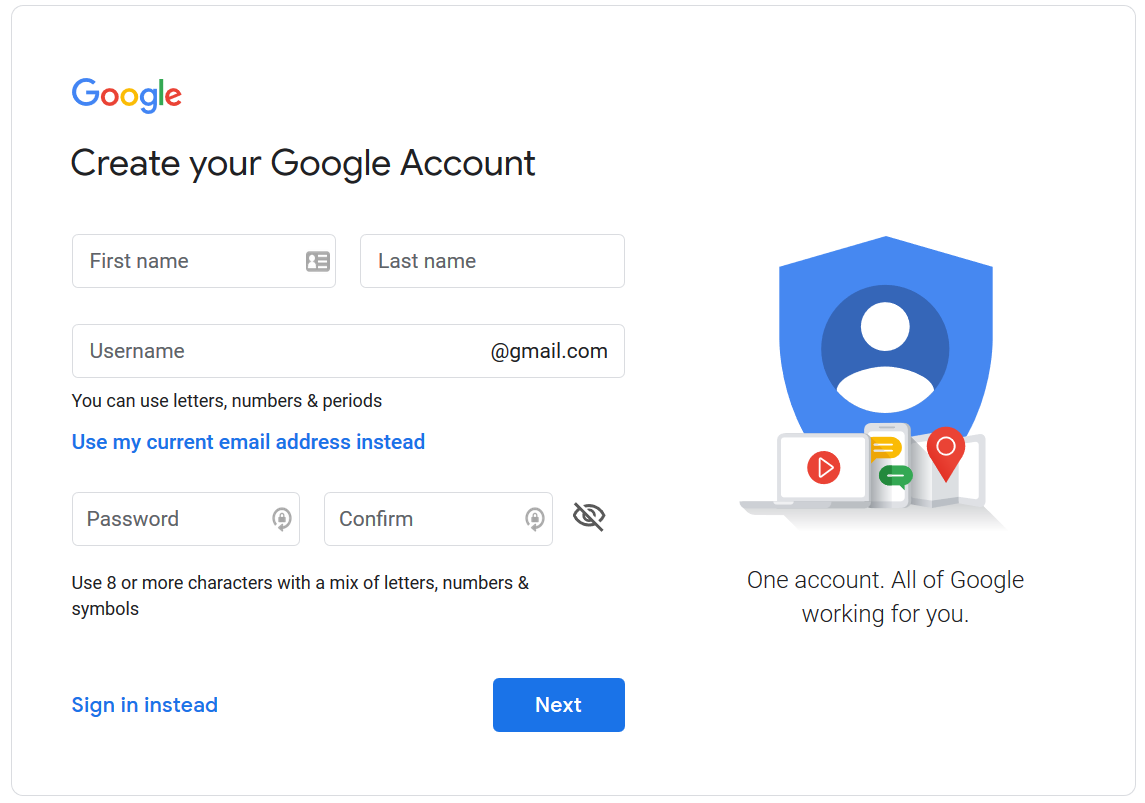 They’ll find everything else once they get the first thing. Just sign on the dotted line and click, boop, cha-ching, you’re now a government employee and a right proper member of the good ol’ UPRA (United People’s Republic of America).
The Land of the Meek and the Home of the Slave 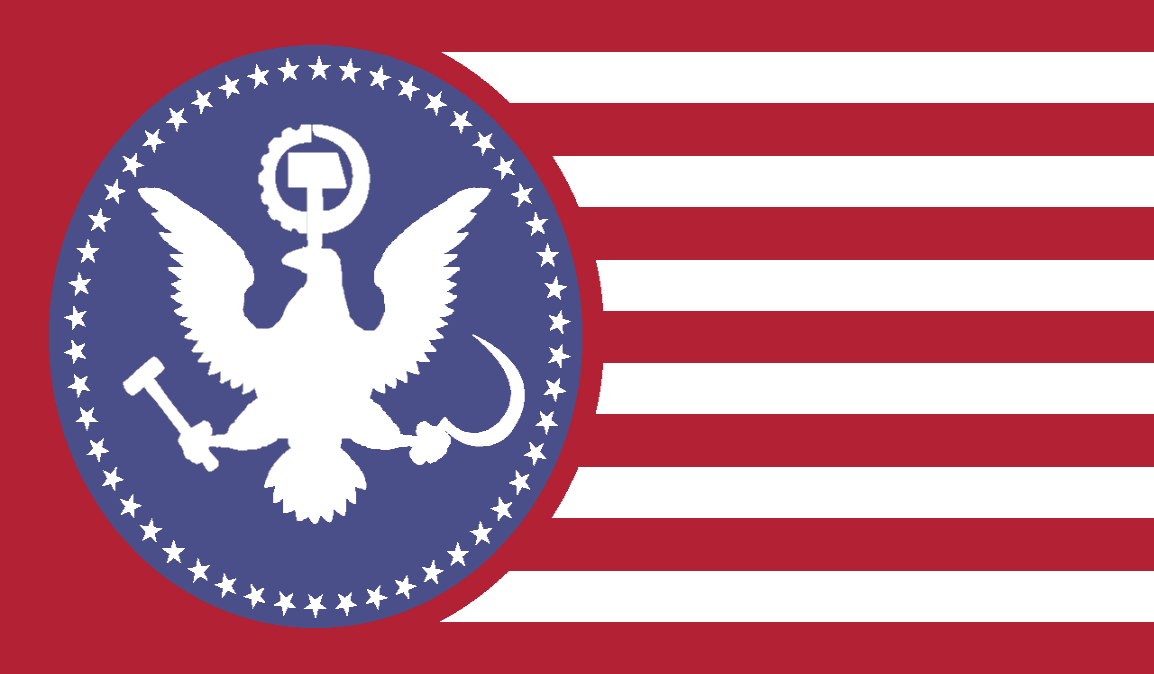 Nony1 was scared, but it didn’t seem that way if you didn’t pay close attention. He typed on keyboards and and filed files like anyone else, but when you talked to him for a little while you could tell. His lips curled back more, like in a smile, but his eyes were anything but happy. I tried to avoid the guy to tell you the truth, as we all did, but it seems that he read my evasive yet polite attitude as amenable and only a little bit coy. Next time I won’t make that mistake.

That day he had approached me in the break room for what had seemed like the eighth time, but in reality had only been the 5th or 6th, to talk in reconnaissance mode about nothing and everything for a few minutes before finally attempting the offensive strike with the GSIA.

“How are ya doing there, Partner?” he asked. He always asked with a goofy smile and a silly southern accent, with some variation on “friend,” including but not limited to:

“Fine,” I said. My irritation draws me inward, and he takes it as an invitation to come closer. I look down at my coffee, looking intensely at it as if that’s all I can manage to do, sorry, come back later. The wooden stirrer clinks softly a few times against the sides of the mug. It usually takes about fifty of these for him to leave. Just a few dozen more.

I didn’t look up but I noticed him staring at me, smiling.

“I’m doing fine, thanks,” I muttered, weakly flicking my eyes to him as if the smallest bit of eye contact would convince him.

Then I sighed a little and waited for the rest. I had it rough. Real rough. Rougher than most. And we’re all going through a rough go of it right now, aren’t we? I’d be surprised if you weren’t. But I turned it around, you see, and it was easier than I ever could have imagined. You wanna know how I did it? You know, don’t you! I know it seems a little bit... iffy, but it’s not as bad as all that. Listen...

Once he got to the “listen” part this time, it was too much to handle. “No,” I said quietly.

“I can--,” he stops his speech, realizing I had acknowledged it. “What?”

He took a step back. His smile faded. “What?”

I finally got my moment to speak and it only served to fuel my rage. “I’m not a piece of nony scum, okay?! Get away from me!”

He furrowed his brow, smile gone, but the fear was still there. Always there. “How dare you? Who do you think you are, you traitor? You think you’re better than me? I stand with my country and my people, what do you stand for?!”

“Oh, please, you only stand for yourself. You’re nothing.”

“Listen, Name Omitted, I’ve given you plenty of opportunity here, but I’m done. Maybe you don’t understand but I got access to everyone’s computers. You had your chance to join, but now your IP is gonna be marked, and you and anyone else here associated with you will face the judgment of the Republic.

“You can count on that, Name Omitted,” he finished with a sneer.

After that I don’t remember much other than the blood. My knuckles were covered in the stuff. Nony1 didn’t say much for a while. He might’ve passed out, I don’t know. Either way, Nony1 didn’t come back to work after that and neither did I.

And so I’ve been moving around ever since, with new names and new places, working as much as I can in jobs you wouldn’t believe to get by for a while, at least until I manage to save up enough for a plane ticket out of here.

That’s all for today. From one proud anon to any that are out there, stay safe, vigilant, and most of all

P.S. Go here to read from some other like-minded individuals and learn how you can join the cause.